John Nash The Landscape of Love and Solace 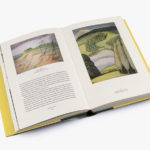 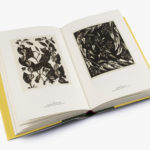 “Andy Friend deftly carries the reader into a much-peopled narrative, opening up many insights into the art world at the same time that he gets inside the personal life of John Nash and his wife Christine Kühlenthal. Rarely is such extensive scholarship communicated with such ease”
– Frances Spalding

John Nash (1893-1977) was a highly versatile artist who responded to the British landscape with a unique vision that still resonates today. He also created some of the most memorable paintings of the First World War. Over a sixty-year career he produced paintings in oil and watercolour and was also an illustrator, cartoonist, wood-engraver and arguably the finest botanical draughtsman of his era.

Unlike his older brother Paul, John received no formal art training, but emerged almost fully fledged into the London art world of 1913. Held in high regard by his contemporaries, Nash was part of a wide network of artist friends, including Walter Sickert, Harold Gilman, Charles Ginner, Mark Gertler, Dora Carrington, Cedric Morris and of course his brother Paul, and he in turn influenced Eric Ravilious and Edward Bawden.

John Nash: The Landscape of Love and Solace examines these personal and working relationships, and in particular that with his wife Christine Kuhlenthal. Their life story is an extraordinary one, which as this book shows was touched by many hitherto untold events. Drawing on original research, this fascinating and long-overdue biography provides a much fuller picture of John Nash and his work than previously and is at the same time an intimate and compelling narrative, embracing love, tragedy and the pursuit of solace.